Most people intuitively understand the appeal of diversification—spreading your risks around so that if something goes wrong in one investment hopefully some others will be doing well.  It has to do with the old saying, “don’t put all your eggs in one basket.”  But how do you measure diversification?  And how much difference does it make in portfolio returns and ending wealth?
Harry Markowitz, the father of modern portfolio theory and 1990 Nobel laureate in Economics, called diversification "the only free lunch in finance." But in what sense is diversification a “free lunch?” The purpose of this article is to take a look at a simple illustration of how diversification works in practice.

Negatively correlated asset classes can do wonders to lower the volatility (standard deviation) of a portfolio, as the graph below illustrates. The two assets used are the S&P 500 and the 10-Year Treasury Bond. We assume the following:

We illustrate three portfolio combinations of these two assets:

Holding constant all of the assumptions above, we show the incremental effects of five different assumed correlations between the two assets in the graph below1.  Note that the expected return for each of the three portfolios remains the same regardless of the assumed correlation—correlation affects only expected standard deviation (risk), not expected return. (The blue return/risk dots are all along the same horizontal level.) 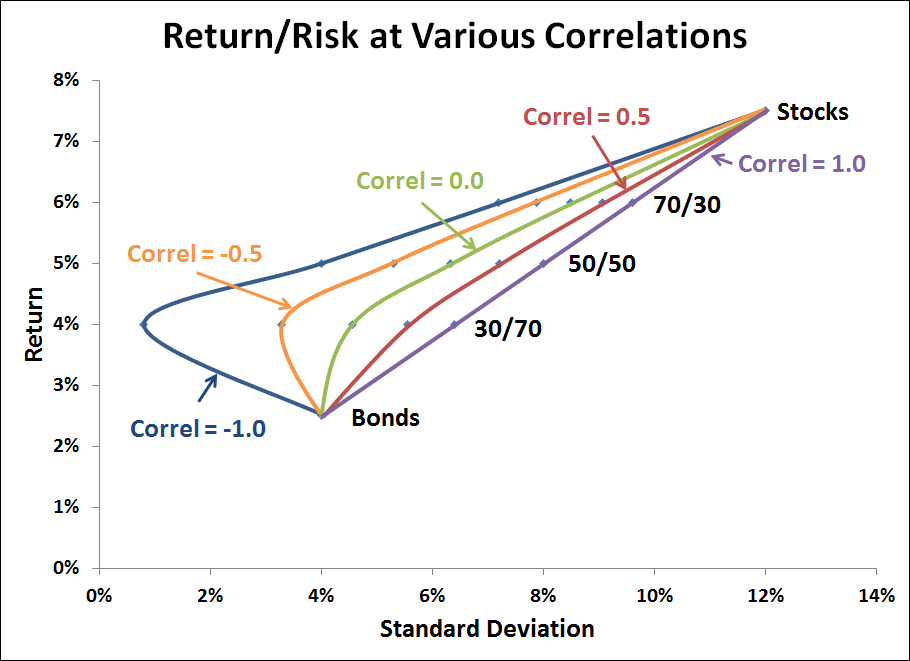 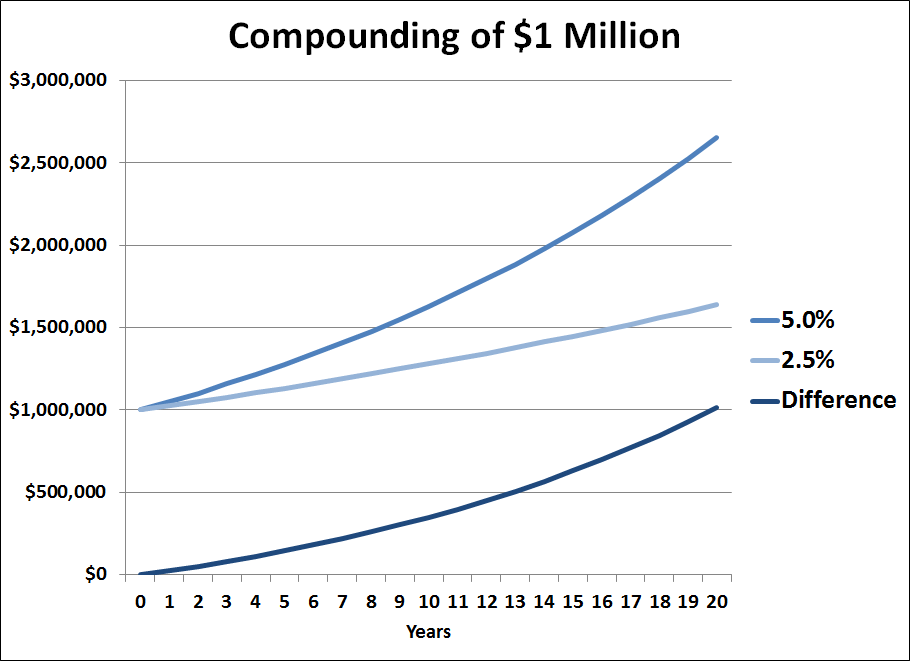 It pays to diversify.  And the best diversification benefits are found among investments with the lowest correlation to each other.

SDB = standard deviation of asset B

CorrelSB = correlation of assets S and B